It is very difficult to get the highest performance

You should try a lot

And send a picture

I would look at the PSU and riser. What’s your PSU model and rating?

You better not be powering the riser through a SATA cable. Especially with an RTX 3090 which the PCIe slot on the riser would almost certainly hit the 54W rated SATA connectors. Power your risers directly from the 8pin VGA ports from your ATX PSU or from a server PSU with 12V 6pin breakout boards

EDIT: How long have you been mining on these 3090s? Probably you’ve been mining for some time and the GDDR6X memories finally gave in to thermals? 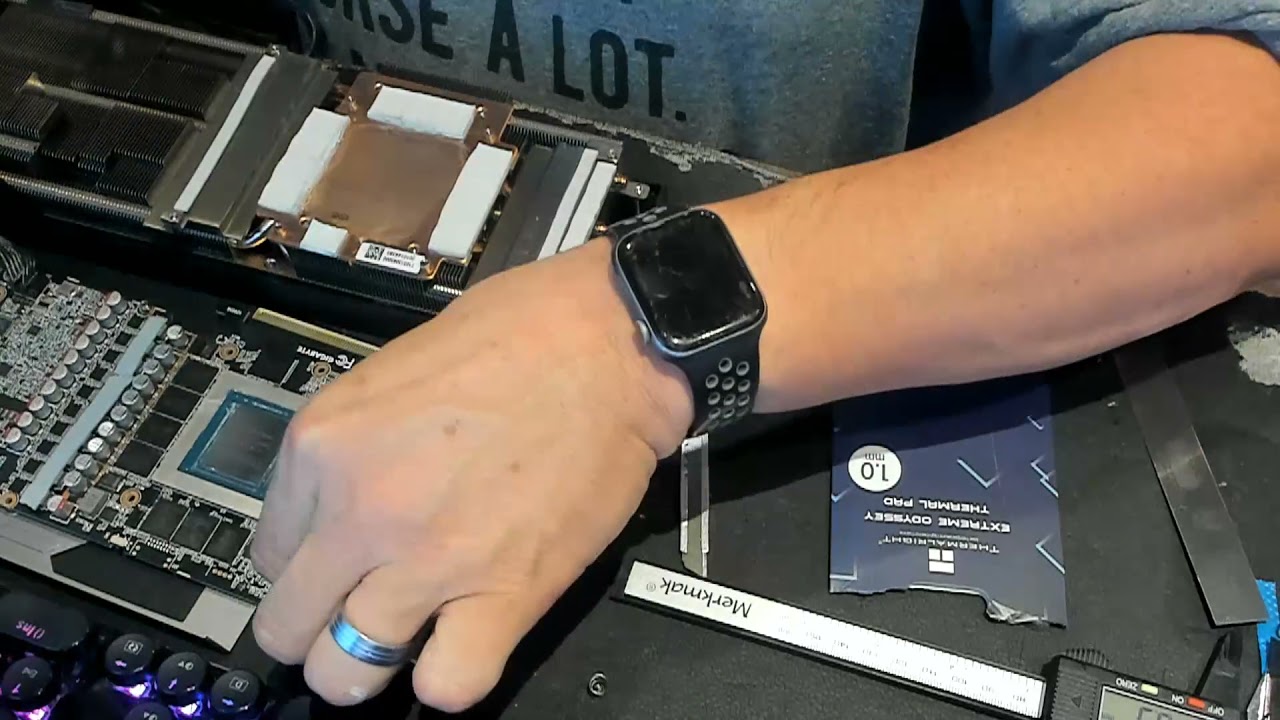 I’ve changed the way the wires are connect. no sata wires just pcie’s. and the load on the cords should be way less although no change has occured.

That also didnt work. We have the same exact gpu. Will you send me pictures of your rig. What are your specs

Hello.
The Problem are the thermal Pads.
I also have 4x RXT 3080 and 1 x RTX 3090 from Gigabyte, on all cards when they run a while, the hashrate falls down,…
you have to change this pads, and than you reach the maximal Hashrate. Search under Google, there you can find some videos how to change it.

Is this a common thing. Or do i need to find better quality padding? How often do you have to change?

I also noticed the power limit is never reached also

Yes, that is a common thing. I have a fried with also the same problem.
You have to change the pads when you see the Hashrate is falling down. I recommend every 3-6 months.
I bought this one, and it works perfect.

Hives does not show the memory temperature. You have a throttling memory under the backplate, the temperature exceeds 110C. Or there is a problem with thermal pads at all for many 3090 cards from different vendors. You can put an additional radiator on the backplate through a thermal pad, there are many videos about this on youtube (adding radiator 3090).